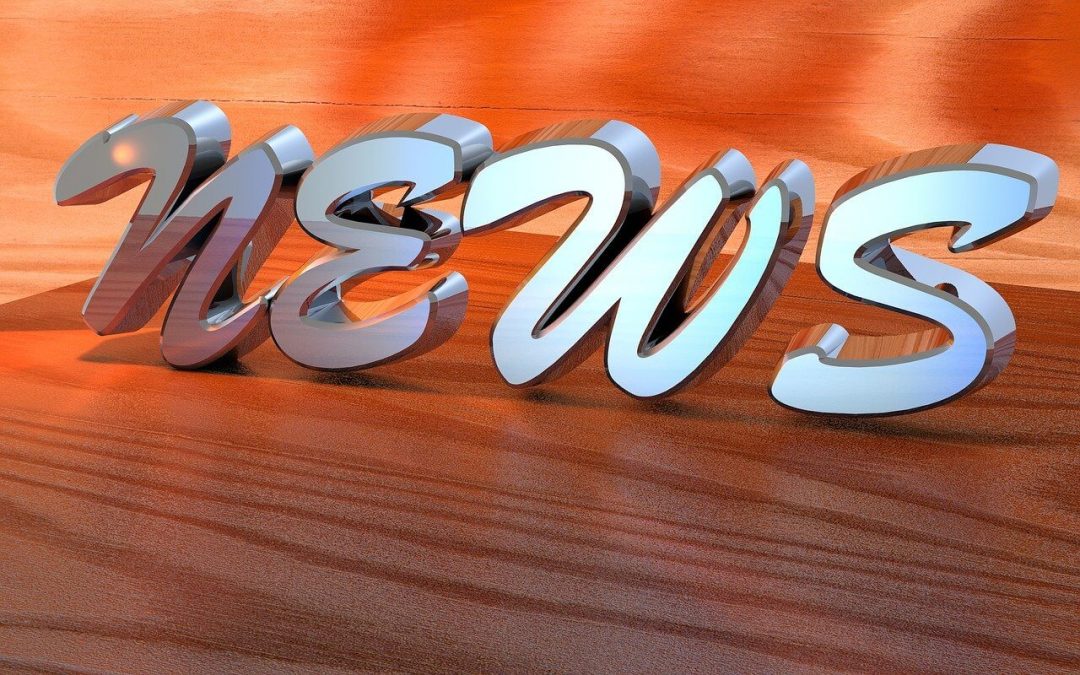 Issue No. 1Implementation of National Policy for HomeBased Workers

During the Advocacy workshop it was highlighted that it is the poor women who suffer most of the impact of globalization because competition among big corporations causes unemployment and casualization of female labor. Women workers who are still employed face worsening conditions including extremely low wages, long working hours, and labor accidents. They are treated like sub-humans without even minimum labor rights written in the ILO conventions. Women as a category of workers need special focus and analysis. In our society, the contribution of women is systematically undermined. They are relegated to subordinate roles. Women are concentrated in the low end of the spectrum, in low paying and insecure jobs. 76% of the women workers are in the informal sector. Their work is insecure, irregular, and often unrecognized. They balance children, homes, and work, and more often than not their income is not commensurate with their work.

Snaps of the one-day Advocacy workshop with women parliamentarians on “Implementation of national policy for home-based workers” held on Thursday 21 May 2009 in a local hotel in Lahore.

To mainstreaming home based workers in national policies and programmes in order to attain greater human security including economic security to meet basic needs and to deal with risks and vulnerabilities, while still ensuring their visibility and participation.

HNP focuses on supporting home-based workers through its progarmme areas on:

Since 2005 HNP has been involved in organizing, mobilizing, data collection, advocating and lobbying for the issues and rights of home based women workers. HNP has an outreach in 86 districts of the country. Since 2005 HNP took the initiative of bringing organizations working for women homebased workers under its umbrella. Currently 538 organizations are registered with HNP with 58,262 women homebased workers. (Till date according to figures collected since 2004).

A number of Networking Meetings with NGO’s and field visits through out country were held along with meetings with Government officials and insurance companies for finding opportunities for these home based women workers. Provincial Networking meetings were held in all four provinces where 481 organizations participated.

A National workshop on “Designing A National Strategy for Strengthening Women Home-workers, was held on 27 April 2002. Followed by Round Table discussion on Developing Social Security Strategies for Women Home-workers in Pakistan in September 2004. A Research on Social Security needs of home-based workers was conducted in 2004-2005 and findings were shared with HNSA. South Asian Home-based Women Workers’ Craft Mela was organized by HNP on 8-10 April 2005 where home based workers and organizations from India , Srilanka and Nepal participated. The objective was to develop linkages and provide market to the women based workers products. Four “Marketing and Designing Workshops were held at provincial level where 78 organizations participated and 198 women homebased workers received training.

A successful Media campaign was developed in Balochistan with the collaboration of Pakistan Television in the year 2007-2008. Continuation of the process and efforts for bringing these home based workers issues into the lime light and thus get recognition for them as part an integral part of the labour force; be given equitable share being major contributors to the economy. Several Awareness raising meetings, Exposure visits development of material, Legal Awareness workshops, Crafts Mela, Field researches, market surveys, Advocacy Round Table Meetings with Media, women councillors, legislators and lawyers were done.

In 2008 HNP in collaboration with Aurat Foundation and Action Aid gathered suggestion and recommendations on a Draft Bill on home based workers for social protection in a series of Consultations at National and Provincial level.

After the Policy Conference in Delhi in January 2007 HNP along with Sungi Development Foundation and other its partners facilitated the process of drafting National Policy women home workers and advocacy and lobbying with public representatives. HNP in collaboration with HNSA, UNIFEM, ILO & Sungi Development Foundation organized a South Asian Regional Consultation on National Policy for HBWWs in October 2008 where the draft of the policy was shared with all stakeholders.

HNP Offers the following to its Members:

constrained by their powerlessness within political and social systems and is linked to inappropriate government policies, no access to information and resources, poor quality of social services and gender inequality.

It is also increasingly evident that women and girls in poor households bear a disproportionately high share of the burden of poverty. Their greater deprivation is due to a host of factors, including restricted mobility, lack of education and training, lower access to or ownership of resources and assets, and limited access to credit and social services. As a result of this Pakistani women have limited participation in decision-making in all spheres of life from family to state. This is however, a vicious cycle, as this state of affairs persists because women have no say in decisions affecting their economic and social status in society.

A national survey generating gender disaggregated poverty data is required for a systematic gender analysis of the processes of poverty and the specific determinants of the economic burden on poor women. However scattered evidence that is available suggests that due to unequal access of women over productive resources and prevailing gender norms within traditional households, women bear a disproportionately higher burden of poverty: Gender discrimination in access over markets, institutions and resources constraint women from overcoming poverty. At the same time lack of autonomy with household restrains them from increasing and consuming income from even the existing very limited market opportunities.

Poverty has increased sharply during 1990s.The percentage of population below the poverty line increased from 26.6 percent in 1992-93 to 32.2 percent in 1998-99. Similarly, estimates in terms of the poverty gap and in terms of the severity of poverty, both indicate a worsening of the poverty situation during the 1990s. Like wise poor women in Pakistan have double burden: the poverty burden and the burden of gender bias against them in social and economic life. This gender bias is reflected in national income statistics which fail to adequately account for the economic contribution of women.

Due to gender discrimination against women in work roles as well as social restrictions on mobility, women have a relatively poorer access over education, skill training and health facilities as well as over labour markets. Consequently the ability of women to access productive resources, increase their income, improve their health and social status is more limited as compared to men.

Women participation in labour markets is adversely affected by the prevalence of traditional gender role norms, restrictions on women’s mobility and occupational segregation. Consequently, female labor force participation rates in remunerative employment in Pakistan as a whole are extremely low at 13.7 percent compared to 70.4 percent for men.

Reliable estimates about the size of this sector are not available. According to Economic Survey of Pakistan (2000-2001) of a total working population of approximately 49.1 million, 80% or 39.3 million are employed in the informal sector. Of these workers, more than 50% or over 19.7 million are women. At the national level of all employed women, 77% to 83% operate in the informal sector. These women are not considered workers and do not come under any laws or social security coverage.

The informal sector has acquired great significance over the years as a source of employment and livelihoods for an increasing number of people, especially women, in both rural and urban areas of the developing world. It has particularly become a key mechanism for distributing goods and services to the urban poor.

According to the ILO, the informal sector is made up of very small-scale units producing and distributing goods and services and owned and operated by largely independent, self employed producers employing family labour or a few hired workers and apprentices. Informal sector enterprises are extremely diverse and are to be found in great numbers in all the main economic sectors, most of all in trade and services but also in manufacturing, construction, transport and urban agriculture. They operate with very little capital or none at all, and utilise a low level of technology and skills. Employment in these enterprises is highly unstable and incomes are generally very low and irregular.

It is important to note also that in many developing countries, the informal sector is often equated with ‘parallel’ or ‘black’ market activities, hence looked down upon by society. Consequently, public policy towards the informal sector is as ambivalent as it is contradictory – usually oscillating between benign neglect to periodic harassment. The prevailing attitude of officials seems to be given sanction by the range of activities that are seen to constitute what is popularly, and sometimes, pejoratively, referred to as informal sector activities: from home-based petty trade, commodity production or provision of services by poor women to similarly home-based highly-paid work by professional consultants; from ‘recycling’ waste and living off the refuse of others to hawking to trafficking in illicit goods to commercial sex work (‘entertainment industry’).

The involvement of large numbers of women in the so-called ‘informal sector’ is a result of their low status in society and denial of opportunities in the formal sphere of employment. Women’s low status is evidenced by their subordinate roles both at home and at the workplace. Within the formal sector, for example, women have fewer employment opportunities, lower wages, and less job security than men. Moreover, women also occupy multiple roles. Many urban women, for example, work a full day either in wage-employment or in the informal sector and then return home to long hours of domestic labor. Women and girls who leave the rural areas in search of opportunities in urban areas tend to find employment in the least paid, least skilled jobs, which often offer little legal protection, such as domestic work (the biggest employer of women in many developing countries) or work in the informal sector.

Looking at the constraints they face:

The lack of access to informal and formal credit by women micro and small entrepreneurs has been identified by numerous studies as a major, some even say, the major constraint.

With informal sources of finance being relatively easy to access, women rely on moneylenders and pawnbrokers, rotating savings and credit associations (ROSCAS), and friends, relatives, suppliers, and shopkeepers. While these sources are providing the bulk of financial resources for female entrepreneurs and offer a number of potential advantages, such as
the proximity between borrower and lender, the immediacy of loan disbursement, small loan size, flexible repayment schedules and minimal collateral requirements, they can be costly and discriminatory.

The provision of sustainable access to financial services for women has, therefore, become a core component of many women’s micro-enterprise programmes, and is at the center of the attention of governments, social partners, civil society organizations, and international donors.