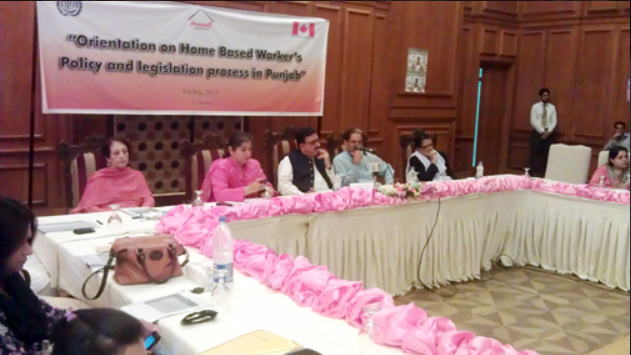 LAHORE: Punjab Labour Minister Raja Ashfaq Sarwar has said that the Home-based workers are priority of the Punjab government as they are the marginalized among the labor force and they are also contributing in our economy.

He stressed that it is our priority to end the exploitation of these workers and they feel protected. HomeNet Pakistan organised an orientation meeting for Punjab Labour Minister on policy and legislation for Home-based workers.

Concluding the meeting, the minister said the major challenge regarding the issue is the invisibility of their contractor, and undefined working hours. He ensured that soon the law regarding Home-based workers will present in the Assembly and Labour Ministry will also invite the HomeNet Pakistan so that we can approve with more clarity and can identify gaps in the legislation process.